Fungi are beautiful, mysterious and ephemeral but historically have had a bad press as they are often associated with poisoning and witchcraft etc. But without them life on earth could not exist, as they perform an essential role in recycling and decomposing the planet’s organic waste products. Fungi live in a kingdom of their own, separate from plants and animals although they have much more in common with the latter.

The concept of ‘Mushroom Magic’ was to celebrate the beauty, diversity and importance of fungi as lifeforms that have a hugely beneficial impact on the delicate ecosystems of the planet. This was achieved through the production of sculptures that are reflective of real wild fungi, though greatly abstracted in size and proportion. The outcomes were intended to be a range of mainly recognisable fungi, including the Shaggy Ink Cap (Coprinus Comatus), the Earth Star (Geastrum Triplex) and Fairies Bonnets (Coprinus Disseminatus). The project was inspired by the Kew Botanical Gardens’s 2013 public art display, ‘The Fungi Fairy Ring’, created by willow sculptor, Tom Hare.

This ambitious public art project was informed by the lifelong study of fungi – the passion and interest of Centrepieces’ co-ordinator, Geoff Norris, who served as creative director for the project. Technical construction was overseen by Centrepieces’ lead sculptor, Christie Cassisa. The construction of the fungi sculptures was informed by Christie’s study of willow sculpture techniques, having attended a local 2017 lantern building project, led by artist Tessa Garland in conjunction with Bow Arts.

Thirteen Centrepieces artists undertook both individual work to create mushrooms of their own choice, and collaborative efforts for the larger structures. The last part of the project was a day of installation in the rock garden of Hall Place, which involved securing the mushrooms into the ground with garden stakes, tent pegs and wire. 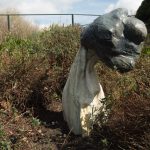 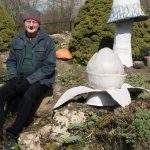 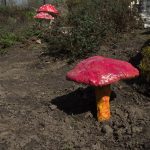 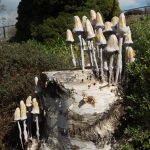 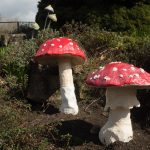 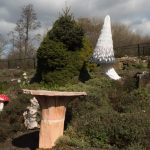 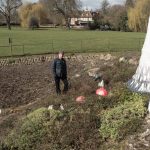 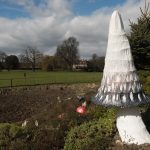 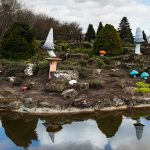 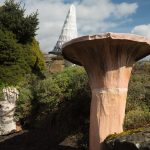 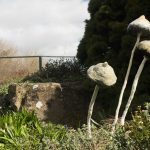 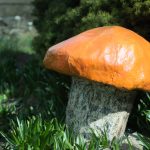 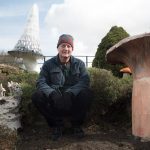 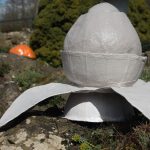 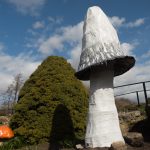 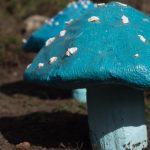 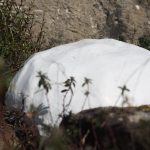 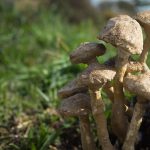