Inspired by the children’s book Charlotte’s Web, ‘Word Webs’ involves webs made of various materials and attached to trees around the site, spelling out words, poems or phrases to invoke contemplation, rumination and whimsy!

The project, with its webs and participatory text, originated in the meeting of two of the artist’s areas of interest: craft techniques and anthropomorphic animals in children’s literature.

In the novel, Charlotte’s Web, a barn spider named Charlotte befriends a piglet that is destined for slaughter. She uses her webs to write various messages in order to save him. Charlotte possesses a unique ability: as an animal, she is able to communication a message to a human audience en masse. ‘Word Webs’ similarly acts as vehicle to communicate the messages of mental health sufferers, who are frequently sidelined without a platform from which to speak their thoughts.

Foam letters were glued onto webs woven from paracord. Once the webs were made, they were installed in locations throughout Hall Place Gardens that mirrored the often celebrating tone of the messages on each web.

The project was received warmly by the public, with an enthusiastic response from parents and children alike. 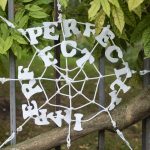 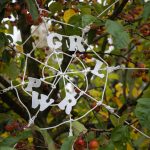 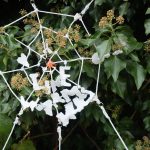 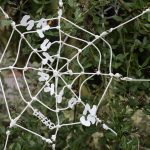 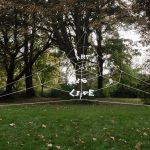 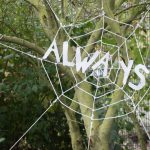 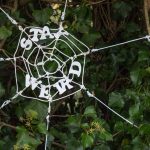 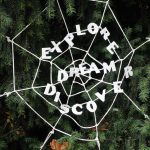 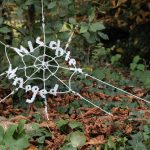 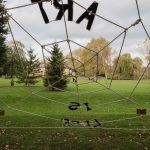 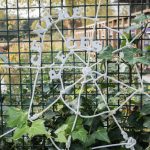 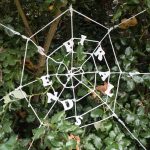 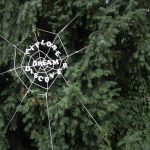 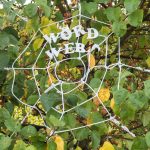 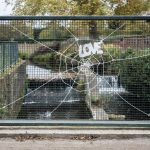 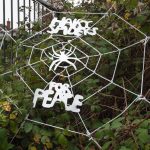 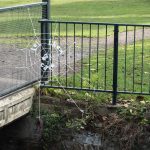 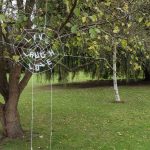 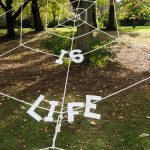 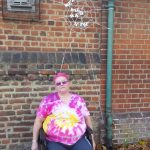 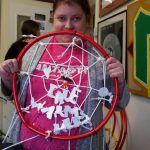